The Mayor of Southborough has told residents he remains concerned about vulnerable members of the community just as the coronavirus restrictions are due to be slowly lifted in the coming months.

With schools due to reopen on Monday, official figures for Tunbridge Wells Borough show cases in February were 80 per cent lower than January. There were 286 new cases last month, compared with 1,736 in January.

Mayor Alain Lewis (pictured below) told Southborough News: “While we can be happy that the rate is going down, we still need to keep the measures in place to ensure the safety of our most vulnerable people. We also need to let the NHS and key workers do their job in treating us, vaccinating us and caring for us.” 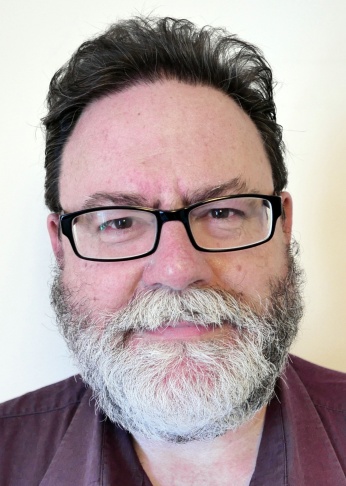 Cllr Lewis concluded: “We can have some optimism that better days are nearer.”

The very latest statistics are encouraging, with the most recent figure for the 7-day rolling average of daily cases in the Borough running at 6 new cases a day, having dropped from 100 new cases a day two months ago.

But the situation is still not as reassuring as last June and July when infections were only one new case a day, although testing was much lower at that point so many cases will have gone undetected.

Here is the graph for weekly case numbers per 100,000 of population in the Borough of Tunbridge Wells: 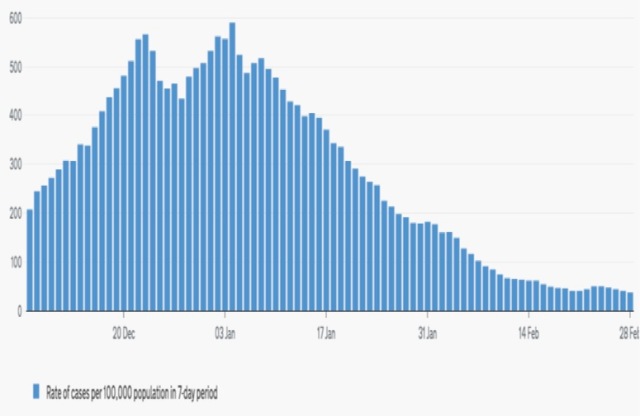 Here is the graph of the weekly case numbers per 100,000 of population in Tonbridge and Malling Borough:

The figures record a total of 227 deaths from Covid-19 in Tunbridge Wells Borough and 259 in Tonbridge and Malling, based on information on death certificates.

Below is a reminder of the possible dates announced by the government for the reopening of the economy: