New housing development threatens Southborough’s most beautiful views into Sussex  and residents only have until 5pm on Monday 12th June to register their objections as part of a Borough Council consultation on new developments.

Residents who use the picturesque footpath from Birchwood Avenue into Birch Wood have discovered a map which appears to suggest Camp Field is allocated for new housing. Camp Field apparently takes its name because it was where King Harold camped on his way to the Battle of Hastings in 1066. 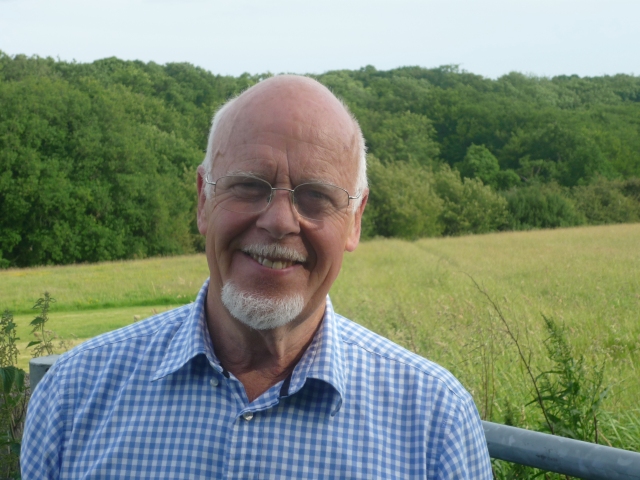 Arthur Hull (above) who has lived in nearby Hardinge Way for 25 years told Southborough News: “It would be a complete tragedy to take this field when there are so many brownfield sites to build on.”

Mr Hull said: “It is too ludicrous for words to build homes here.  It is a haven for wildlife. There are nightingales, skylarks, grass snakes, doormice and adders.” 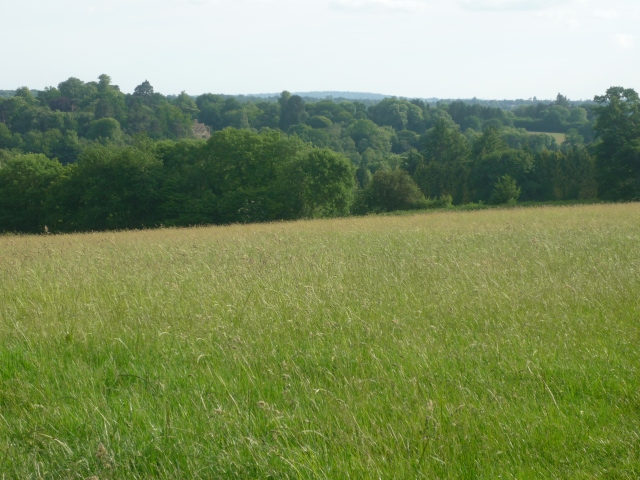 Arthur Hull walks his dog along the path, which leads to the Bidborough’s popularly named “bomb crater” as well as the Birch Wood.  Mr Hull said: “It is a very crafty system.  If the consultation approves a strategy of developing this area, then the next phase of a planning application for the field would just be a rubber stamp.” 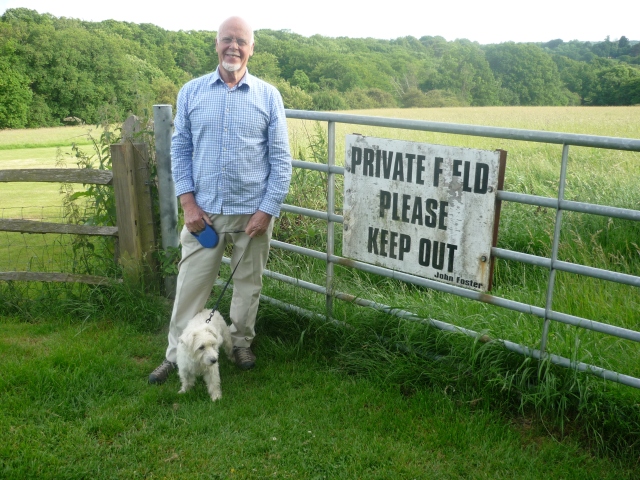 In the past few weeks, leaflets have been left for passing residents, alerting them to the threat. (see below) 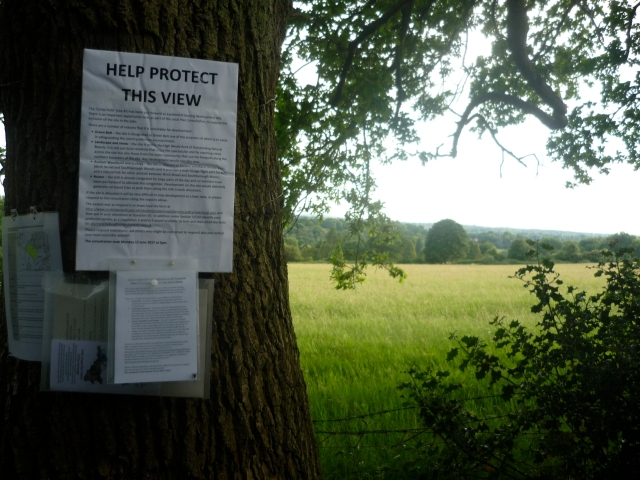 The Tunbridge Wells Borough Council consultation can be found at this link:
http://bit.ly/2rTleWM

It is a lengthy document to wade through and begins by declaring: “The Issues and Options document sets out some questions and identifies a number of possible options for where and how the future growth of the borough might be located”.

Central government policy has now switched to prioritising  more house building and giving less weight to local planning objections. Tunbridge Wells Borough Council has been told to prepare a strategy to build another 10,000 homes in the next 15 years. The Borough’s current population is around 120,000. 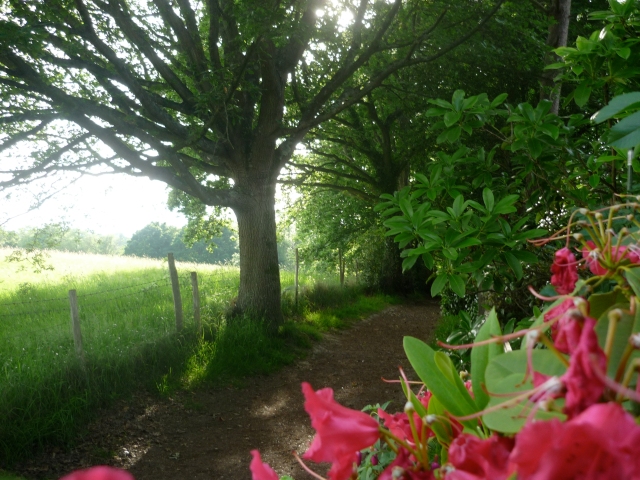 Camp Field is both on Green Belt land and within the High Weald Area of Outstanding Natural Beauty. However, those allocations no longer guarantee the land can be protected from development as a large number of the potential building sites in the Borough also have this designation.

A leaflet being distributed states: “The Camp Field (site 45) has been put forward as a potential housing development site.  There is an important opportunity now, as part of the Local Plan Consultation, to oppose the inclusion of the site in the plan.” 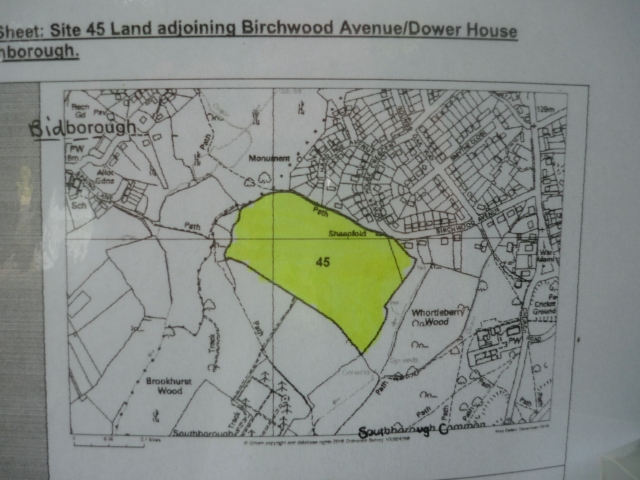 It is suggested that objections are placed at Question 19 in the lengthy form. In addition the leaflet argues “under Section 5 Question 10, identify your preferred option – as a suggestion 4 and/or 5 would probably be best.” These are options for development along the A21 or in a new settlement of 5,000 homes.

Another local resident declared: “All of Tunbridge Wells is under threat. We found out by accident about this idea a month ago.  Extremely valuable views could be lost”.

The footpath (shown below) to the north of the field is used by hundreds of walkers every day. 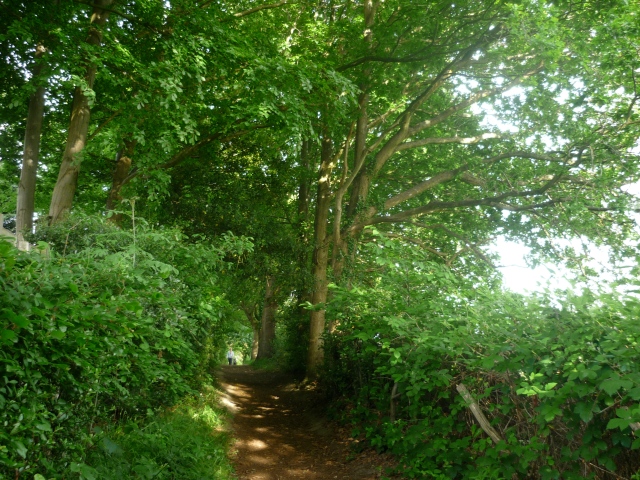 The second local resident argued: “The only hope is that the council decide to prioritise for housing the areas near the newly improved A21 rather than develop areas that would add to traffic on the already overcrowded A26.”

Other concerned residents have questioned why Southborough Town Council decided not to draw up its own Neighbourhood Plan to link into the process – an option that was taken up by Paddock Wood in order to allow more debate among residents about priorities. 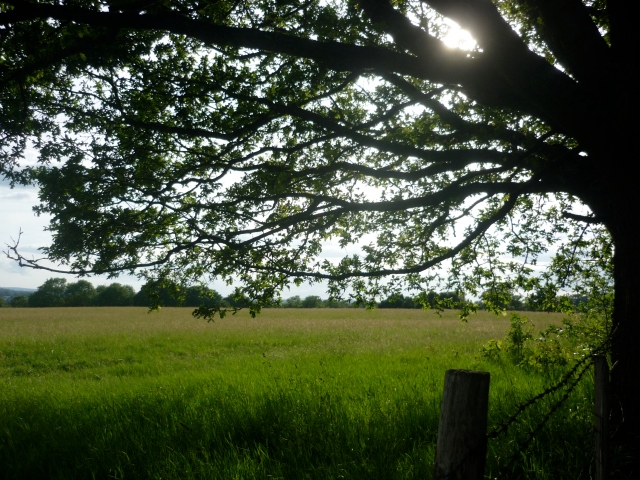 One thought on “Southborough’s Best View Threatened By New Housing”