A community radio station on FM for listeners in Southborough, Tonbridge and Tunbridge Wells should be hitting the airwaves in the next two years.

The station will be able to reach approximately 100,000 listeners, providing a new forum for debating local issues and building links within the community.

The likely transmitter site is a location in Southborough on the ridge between Tonbridge and Tunbridge Wells.

The national broadcasting regulator, OFCOM, asked for bids to operate a FM station serving Tonbridge and Tunbridge Wells to be submitted by March this year and the charity Hospital Radio Tunbridge Wells (HRTW) was the only group in the area to submit a bid.

That bid is currently waiting in the OFCOM approval process, as the regulator’s staff scrutinise 35 bids for proposed stations all over the UK in the latest franchise round.

HRTW’s membership Secretary, Tony Finn (pictured below), told Southborough News that OFCOM should announce if his group’s bid is approved any time between now and Christmas. They would then have two years to get on air on FM, but hope to achieve that goal sooner. 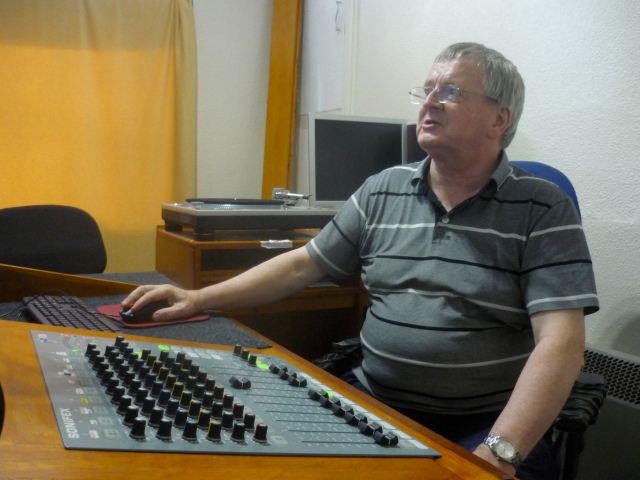 Tony Finn said the key aim was to fill a large gap in coverage of local issues created as – over time – the local commercial stations have become bigger and bigger and less local.

Mr Finn said: “People locally need to know what’s going on and their representatives who are in important positions need to be held accountable, At the moment I don’t see that happening very much.”

HRTW started in 1961 and now broadcasts 24 hours a day to local hospitals and over the Internet.  The service is provided by a team of around 40 dedicated volunteers. You can listen here:
http://bit.ly/2Y4fqVZ

Most shows are presented live every evening, with a sophisticated automated playout system used at other times, allowing presenters to set up music playlists and leave recorded announcements when the studios are unmanned. (See picture of playout computer below).  A live two minute international news bulletin is included from Sky every hour.

The station’s current format is mainly music from the 1960s to the 1990s and requests from patients. If OFCOM accept the bid then the format will change to incorporate discussions of local events and issues.

The full detailed bid proposal is available on the web by searching on google for OFCOM and West Kent Radio.

Several other areas in the south east already have community stations such as Uckfield, which broadcasts on 105 FM. 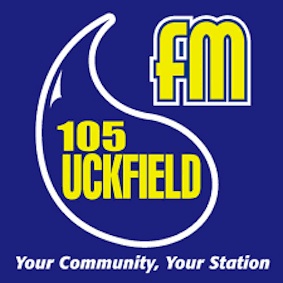 HRTW’s Tony Finn said: “We will be looking for people to volunteer to do all kinds of things from keeping the office open and answering phones to bookkeeping and people who understand advertising. We will need a broad range of skills, not just people to present the radio shows.”

The OFCOM rules severely limit income for community stations in case advertising revenue is diverted from bigger commercial operators. The station will only be able to earn £15,000 from sponsorship and adverts without any restrictions. After that level, any income from any source can be a maximum of 50% of the total, creating complex compliance issues.

The station will have to pay many thousands of pounds for transmitter equipment and transmitter running costs as well as continuing to pay the rent for its current premises near Tesco and next to Coral bookmakers in central Tunbridge Wells (See below).

The station currently receives around 40 requests a week from patients.  NHS regulations require that they use a dedicated request collector visiting the Tunbridge Wells Hospital at Pembury and Tonbridge Cottage Hospitals.

Tony Finn explained: “When we were based in the Kent and Sussex hospital we could just saunter along to a ward and collect requests from patients  You can’t do that any more and anyone collecting requests has to go through a security vetting process before they are authorised to enter the hospital and walk around the wards collecting requests.”

Mr Finn said: “HRTW member Rosemary Brooks has been through that validation process and she collects requests on a weekly basis for broadcast.”

Tony Finn said that HRTW is presently ramping up a number of internal systems and processes in anticipation of becoming a community radio station. HRTW has also set up a new entity, West Kent Community Radio, as a Charitable Incorporated Institution (CIO) to allow it to become a community broadcast station.

Mr Finn explained: “In our application to OFCOM we have said we will continue to do requests shows but there will also be a mix of local, national and international news, local musicians will come in and there will be discussions and phone-ins on key issues like the Southborough Hub and the Tunbridge Wells Town Hall, involving local politicians and members of the public.”

Mr Finn said that any community station will need to contribute to the wellbeing of the community. He said: “We want to encourage people get out and about and not be locked in their houses and isolated.  If you like, there will be a mental health wellness element to our proposed service.”

The station will be able to draw on relevant material from other community radio stations around the UK where appropriate but will have a very strong focus on providing local programming for local people.

Anyone interested in volunteering for either Hospital Radio Tunbridge Wells and/or the proposed community radio station should visit the Hospital Radio website at http://www.hrtw.org.uk/join/ 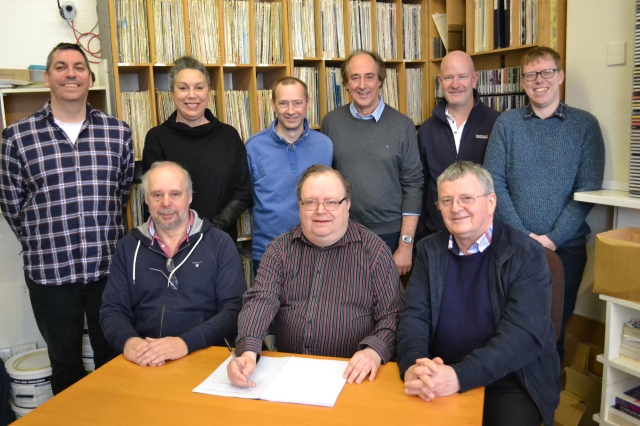 Nine of the existing HRTW team are pictured above.  In the front (left to right) are Nigel Peacock, Chris Manser and Tony Finn.  In the back row are Will Dunn, Claire Backhurst, Phil Kidby, Trevor Adams, Chris Makey and Phil Mills.