In a new effort to increase use of bus transport and reduce pollution and congestion, Arriva have launched a new £1.50 single bus fare for travel in the Tonbridge and Tunbridge Wells area after 7pm.

The fare is an extension of a successful trial by Arriva in Maidstone, where the cheaper evening fare increased passenger numbers.  The fare begins today (Sunday 29 April).

Oliver Monahan (pictured below) said: “This is just the latest in our sustained and continuing programme of improvements for our customers in west Kent and efforts to attract more people to our network of buses”.

Mr Monahan continued: “This allows that visit to family and friends, drinks after work or late night shopping.” Full details are on the Arriva app or at www.arrivabus.co.uk.

The evening weekday services eligible from Tonbridge Quarry Hill Parade stop to Tunbridge Wells will be:

The evening weekday services eligible from Southborough to Tonbridge are:

Southborough’s Member of Parliament, Greg Clark, was at the new Arriva Bus Depot in the North Farm Industrial Estate on Friday to declare the site officially open.

Mr Clark (pictured below right) made a speech to bus workers and local councillors, telling them: “The new logo, the brightness of the new vehicles, the livery and the vehicles themselves I think gives a real sense of optimism and confidence in the company, the industry and the community that you serve.”

Mr Clark said he was grateful for the continued and expanding presence of Arriva in the area after the closure of the St John’s depot.  He predicted: “There is an incredibly bright future for buses here.”

Mr Clark also praised the approach of the Arriva management team: “In every respect, from listening to the public, getting out there to make sure the show goes on even when the weather is rough, to investing in the future in apprenticeships to making sure we have of some of the smartest vehicles anywhere in the country.”

Mr Clark is pictured (above right) shaking hands with Arriva’s Area Managing Director, Oliver Monahan. Mr Monahan told Southborough News he was “excited that the investment programme had been delivered so we now have the punch we need to deliver great services.”

When Mr Monahan took his current role, there was a real risk of Arriva being forced out of the area, as the site they had agreed to move to had been withdrawn by the developers who had opted to sell the land for housing instead.

Mr Monahan said: “When I joined in March 2017, we had to vacate St John’s Road on 1st October. We had to buy a new site, secure legal process, all the conveyancing and get planning permission and built out. That involved us living in a field for a few months.”

Mr Monahan appealed for more people who do have the option of going by car to take the bus instead, pointing out that buses remove congestion as each double decker vehicle can take 70 cars off the road, helping speed up ambulances, delivery trucks and other road users.

He continued: “When we are driving we have to focus on driving, but when you are on the bus you can listen to your headphones, read the paper, take notes or just clear your mind.” Mr Monahan also held out the prospect of cheaper promotional fares  for evening journeys to increase bus usage. 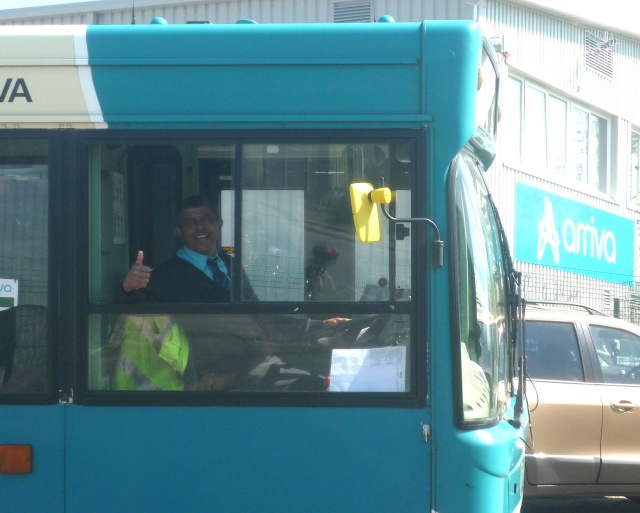 Mr Monahan said customers will notice much cleaner buses with the state of the art bus wash, which is a vast improvement on the hosing down washes in the old depot.

The new depot will be open to the public for a “Family Fun Day” on 27th May. The depot is on the 277 bus route from Tunbridge Wells further down the road next to John Lewis. A special shuttle service will run from the end of the road (Kingstanding Way) to the depot.

Mr Clark said one of the things he was most excited about was “meeting the apprentices on the site, learning their trade maintaining these fantastic vehicles.”

At the 2018 annual Town Meeting, Southborough residents were told that a contractor to build the new Hub development would sign up to the job next month. 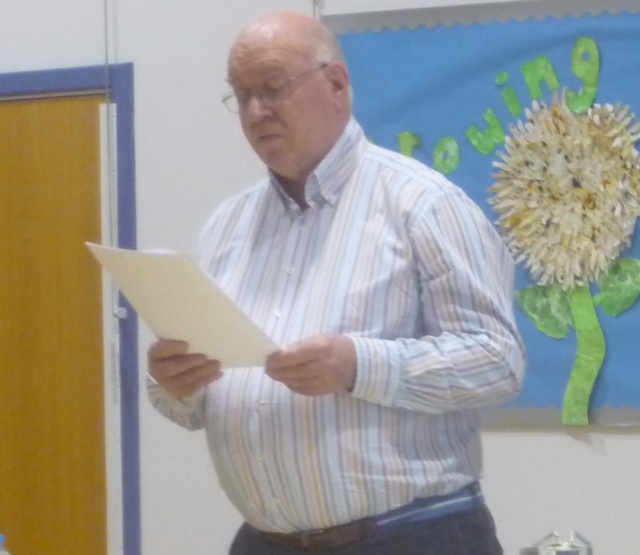 The Town Council’s representative on the Hub project, Ian Kinghorn (above), was asked about progress on the site which currently houses a large pile of rubble from the demolished Royal Victoria Hall theatre.

Mr Kinghorn said the building would be finished “from when they start, it’s likely to be anything from 18 months to 24 months after that”.

The man in charge of the project for Kent County Council, Jonathan White, strongly hinted that after the three month “value engineering” review by the contractor, the Hub design will end up being significantly revised.  Mr White suggested the planned curved glass design in the Library section was likely to be too costly.

Mr White said he’d seen the proposals from the various developers.  He continued: “It does depend on what you like and what you don’t like. My personal opinion is that what was presented was an improvement upon possibly what we went forward with.”

Mr White continued: “I know it is a little bit self-demeaning for me to say that about a project I led on, but in my view, what’s being proposed by the developer is an improvement. One of the improvements is – for example – red brick not cladding going forward. So I don’t see it as a degrading of the project, I see it as an improvement.” 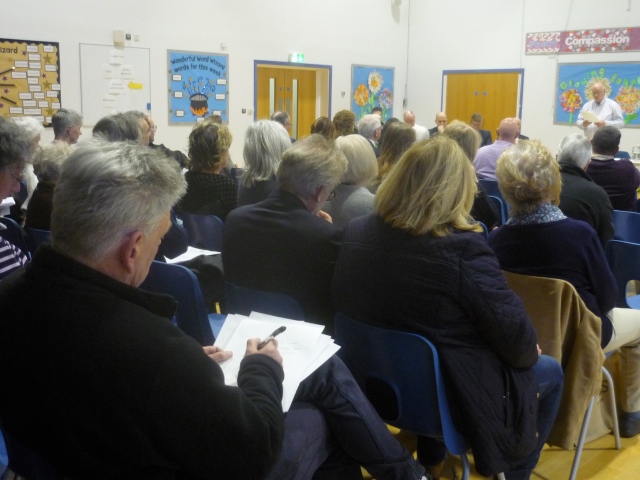 Labour’s Cllr Nick Blackwell expressed surprise that Council discussions about options for saving costs on the Hub had not been shared with the meeting. One resident asked the councillors “to come clean…this is just not on.”

The annual town meeting was attended by around 50 residents.  But one key promoter of the Hub concept was missing: Cllr Peter Oakford – a prominent figure on the Town, Borough and Kent County Councils. Mr Oakford was attending an personal event in London.